If you're trained as a security guard and you're looking for a new career opportunity, you may wish to consider applying to work at your local airport. Security is a key concern for airport administrators, which means that experienced security officers are in high demand. An airport is a fast-paced environment that requires security guards to be alert and vigilant about protecting travelers and staff from a variety of threats. While you might be stationed in different areas on different days of work, here are some things that you may do in this job.

Airports will often have security officers patrolling the parking lots and garages, as well as the drop-off areas in front of the terminals. Patrolling the lots and garages will involve keeping a watchful eye open for anything suspicious, and then taking the necessary course of action. In this role, you'll also report vehicles with their lights left on, follow protocol for vehicles that appear to be parked illegally, and even help out travelers by pointing them in the right direction. When you're working in front of the terminal, you'll ensure that cars and taxis keep to the specified drop-off and pick-up areas so that the main area in front of the terminal is kept clear.

Airport administrators want their security personnel to remain visible throughout the terminal, which means that you may find yourself on routine patrols throughout your shift. When you patrol, you'll be looking for suspicious things — for example, baggage that is left unattended. In most cases, you'll be able to quickly identify the traveler and remind him or her to stay with his or her baggage, but in other cases, you may need to call additional authorities and have the baggage removed from the terminal. As you patrol, you may also have the opportunity to provide care to travelers — for example, you might need to administer first aid to someone who has become ill.

When travelers visit the airport, they see plenty of security personnel in the common areas. However, there are many officers working out of plain sight, too. You may find that you're tasked with monitoring any number of prohibited areas of the airport. For example, you might be stationed to patrol, sit in a booth, or watch a series of computer screens to keep a baggage handling area safe from baggage thieves. 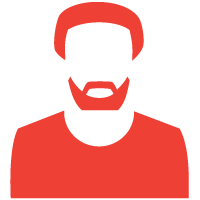 Thanks for visiting my website on security. I'm Devin Gordon. My work has forced me to travel all throughout the United States. Some areas I have lived in have been very intimate and I felt like I could keep my doors unlocked. But there are other areas where I was only able to sleep at night after I installed the most sophisticated home security methods. Not all security measures are created the same and after thorough research, I have discovered the absolute best security methods that will deter burglars and ensure that emergency services are there as soon a possible.